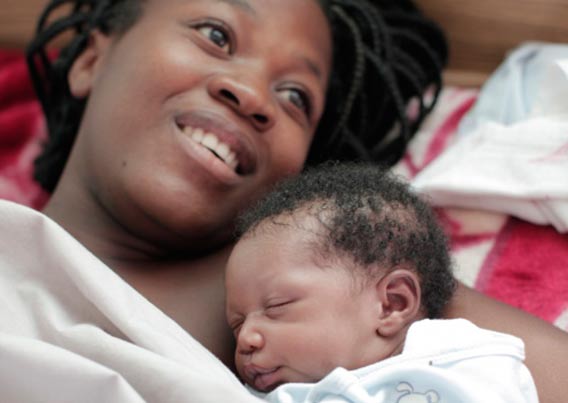 Obstetric fistula is a hole between the vagina, and rectum or bladder. It happens when a woman suffers through a very difficult labour without medical assistance. The pain is excruciating. In almost every case the baby dies. Fistula leaves the woman incontinent, leaking urine and/or feces constantly. The community treats her as if she is cursed and treats her with contempt. Too often the father of the child, her husband, abandons her.

Sabina was married and pregnant by the time she was fifteen years old. Her husband was seventeen. At full term she went into labour. The pains were difficult, but she stayed home, hoping the pain would go away. When it didn’t, she went to the hospital in Quito. The team at the hospital assisted the still birth with a surgical incision but neglected to close the wound. Sabina went home and was very discouraged to learn that urine constantly leaked from her body.

Her husband was not sympathetic. He left her and married another woman.

A family friend shared her experience with Sabina, telling her that Dr. Steve at CEML could help her. The friend told her that she had an operation and it was completely successful. So Sabina went. The fistula was difficult to repair and required four surgeries. During the months of her treatment, she lived in the patient’s village with her father. She also attended classes in math, reading and writing. She even made her own purse and proudly carries her hospital card and documents in it.

She hopes to complete the treatment and continue her studies. The pregnancy, death and subsequent fistula scarred Sabina for life. She does not want to marry again and she does not wish to have children. Inspired by the team at CEML, she would like to become a nurse.