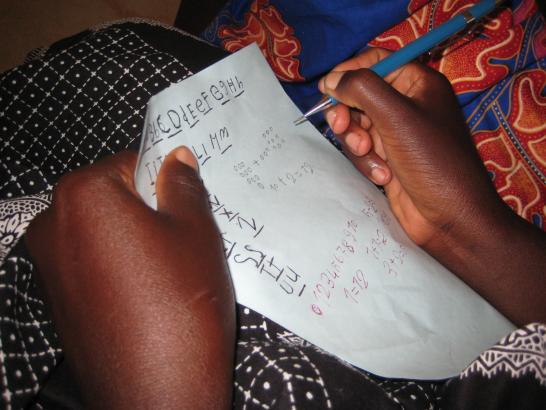 Isobel is 22 years old. At 18, filled with hope and excitement of the coming of her first child, her hopes were shattered. At full term she went into labour. For a week she stayed at home in intense pain. Finally she went to a nearby hospital with her mother. After intense labour she finally pushed the baby out – it was dead.

The struggle left Isobel incontinent. Urine and feces dripped from her body without stop. She had little choice; she moved to her parents’ home when her husband left her. He remarried and she has no contact with him anymore.

When she met Dr. Steve, she saw glimmers of hope for the first time in four years. Dr. Steve invited Isobel to come to CEML. He assured her that her problem could be fixed. What she didn’t know is that the visit would change her life.

She came to the hospital with her niece and was able to live in the patient’s village while she went through the surgeries she needed.

She had a recto-vaginal fistula – caused by elongated labour and the child’s struggle, a tear develops at the connection of the lower bowel and the vagina. The contents of the bowel pass through the vagina. The damage was extensive and required three surgeries.

The hospital provided 2000 Kwanza, about $20.  The money made it possible for her to buy food. She was also invited to classes where she learned simple math and how to sew. While she went to fourth grade, she has few skills. She wants to continue her learning with the goal of becoming a teacher.

Isobel doesn’t know what the future holds. She will return to her father and continue her life. She hopes to marry again and would like two children. But for now, she is happy that she no longer is forced to hide in her parent’s home, ashamed of the foul odour that was a dark shadow over her.