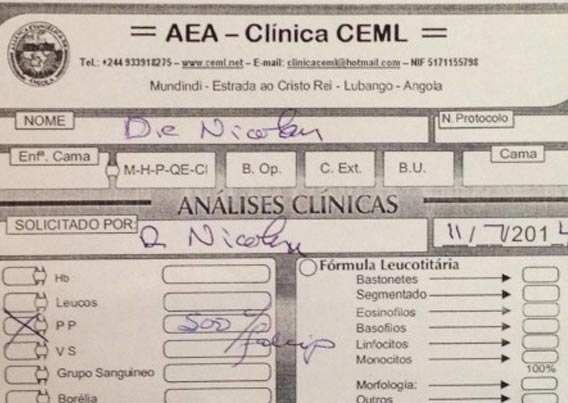 Dr. Nicolas Comninellis cared for three young patients. Each had succumbed to rapid onset coma and hemiplegia (paralysis that affects one side of the body). Each one tested positive for malaria.

Malaria can cause a plethora of neurological signs – but we have no way of confirming the damage through brain imaging in Angola. He started each patient on quinine through IV. Miraculously each patient woke up. It was astounding!

Later that day Dr. Nicolas felt unusually tired. He was cold, in spite of the heat. Even though it had not rained for four months and he had not seen one mosquito, he tested positive for malaria.

Coartem is the first-line drug of choice. Tragically, CEML had run out of the drug. He drove to a private South African pharmacy and bought the dose he needed for $13.

As he returned to the hospital, he reflected on his experience. He had the capacity to drive to the pharmacy. He had the $13 he needed to purchase the drug. He had much, much more than any of his patients.

From the INMED blog