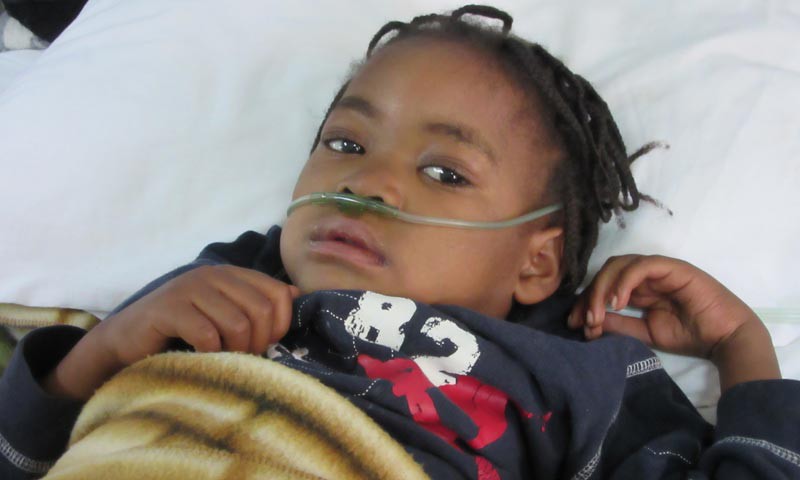 When Faustina came to CEML she was close to death. Struggling to breath, her kidneys had already quite working. She had had a cough and fever since January. In June she began medication to treat tuberculosis. After 30 days of medication her whole body started to swell up; also known as anasarca.

Her liver was damaged. Heart failure became evident. She was treated for malaria and put on antibiotics for pneumonia. A chest tube helped drain pus from the lining of the lungs. The chest tube was removed, but Faustina hardly noticed. She was a very sick little girl. There was not even a glimmer of a smile for the medical team.

Gradually, she began to improve. Then, one day, she gave the doctor a huge grin.

But our work is not over. Now over a month later, she still cannot be off oxygen for more than an hour, but she is now able to walk slowly to the courtyard.

Unfortunately, Faustina’s family, like most in Angola, could not afford the CEML hospital fees for her extended care, even though they are heavily subsidized.  Will you become a partner with CEML to share in a live-saving medical ministry, which treats many others like Faustina?

Make a difference and contribute to CEML’s Hope Fund today.